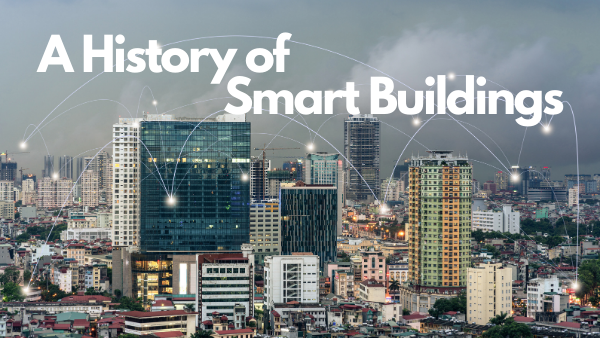 A Timeline in the History of Smart Buildings

Smart Buildings are not a brand-new concept, the idea has been around for a long time. But it is only in recent times that they have been implemented properly. Phillip Tracy defined a smart building as any structure that uses automated processes to automatically control the building’s operations including heating, ventilation, air conditioning, lighting, security, and other systems. In this post, we will look that the history and development of the technology that makes Smart Buildings possible.

To get to the very beginning, we have to go all the way back to the late 1940s with the introduction of the transistor. These tiny little miracles paved the way for the digital revolution. This was soon followed by the invention of the first computer in 1951, one of the most essential aspects of a smart building. The next key development in the digital revolution came in the mid-1960s with the development of ARPANET or as we know it today, the internet. At the time this was a government project and only used for the military.

Environment Changes in the ’70s

Towards the late 60’s people started becoming more environmentally conscious. With the oil spill off the coast of California, there was a public outcry a more efficient build environment. The US government then introduced legislation to introduce eco-infrastructure which is referred to as the Green Building Movement. Throughout the ’70s these environmental concerns grew due to the energy crisis which saw oil prices rise significantly. With this shift in mentality, another building block was put in place for the rise of smart buildings.

Major Advancements in the ’80s

Both the technological and environmental advancements previously discussed lead to the creation of automated building systems. In 1981, United Technology Building Systems coined them as “intelligent buildings”. The first intelligent buildings were mainly used to control heating, ventilation, and airflow (HVAC systems). These buildings boasted minimal energy consumption and better building efficiency. The 80’s also brought about other major technological advancements, namely the mobile phone and the personal computer which turn out to be significant aspects of a smart building down the line.

The 90’s and the World Wide Web

In the 1990s probably the most significant aspect of a smart building came about. In 1991, the internet was available to the public for the first time. Previously it was only a military project as discussed above. The internet changed so many aspects of our lives, including the way we work, communicate with each other, and how we interact with technology. Buildings began to change as well. As businesses become more digitally connected with each other and their customers. Offices moved to a more open-plan environment to encourage people to be more collaborative. This aligned with the property boom, which continued into the ’90s, saw buildings need to be as energy-efficient as possible.

Smart Buildings in the 21st Century

With the introduction of the internet, these intelligent buildings were coined “Smart Buildings” in the 2000s. Although it not until quite recently was we started to see Smart Buildings being introduced. It is now clear what benefits these buildings can provide, and we are seeing more and more smart buildings pop up. People have become much more conscious of the changing environment and want to reduce our effect on it. One of the main benefits of Smart Buildings is their ability to adapt to change. For example, many smart buildings take advantage of cloud computing which can significantly reduce a building’s carbon footprint. As technology progresses, Smart Buildings will continue to take advantage of these developments.

What is the Future of Smart Buildings?

There are some exciting advancements in technology that Smart Buildings may take advantage of in the future. One of these developments will focus on the people within the building. IoT (Internet of Things) could gather data about people’s body temperature, heart rate, and perspiration to automatically match the building conditions, such as temperature, to make it a more comfortable environment for the people in it. This could have a knock-on effect on people’s health and mental well-being so that they can be as productive as possible.

At Hereworks, we have incorporated all of these major developments that make Smart Buildings possible and look to incorporate any new technologies that will benefit you and the way you work.

Here is an infographic with a timeline in the development of Smart Buildings: 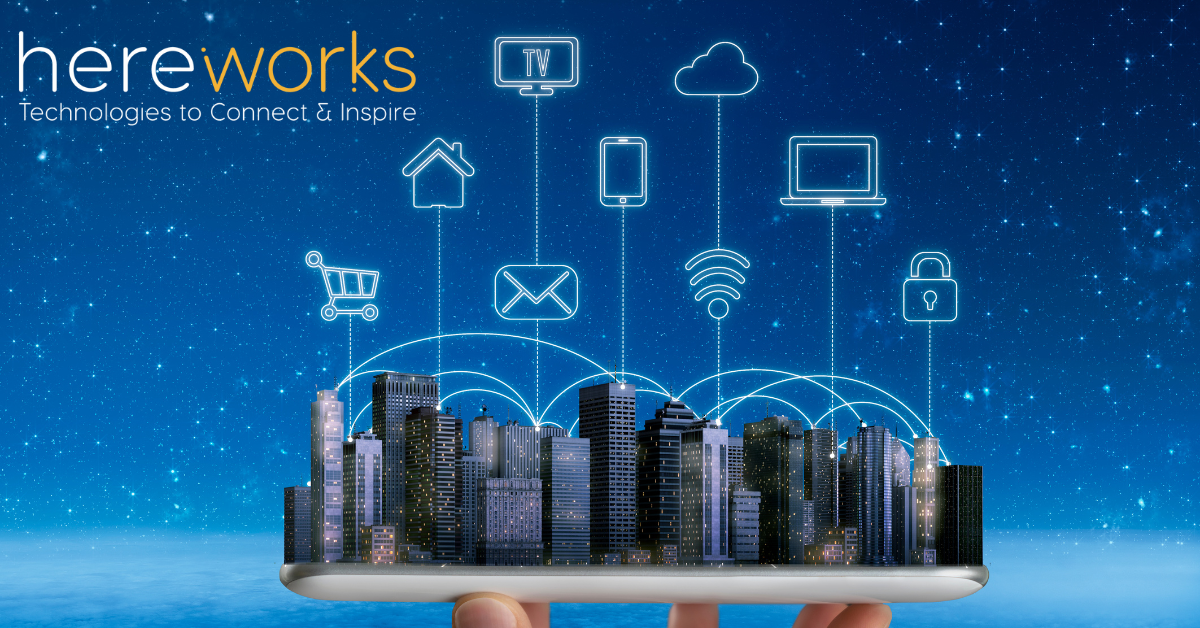 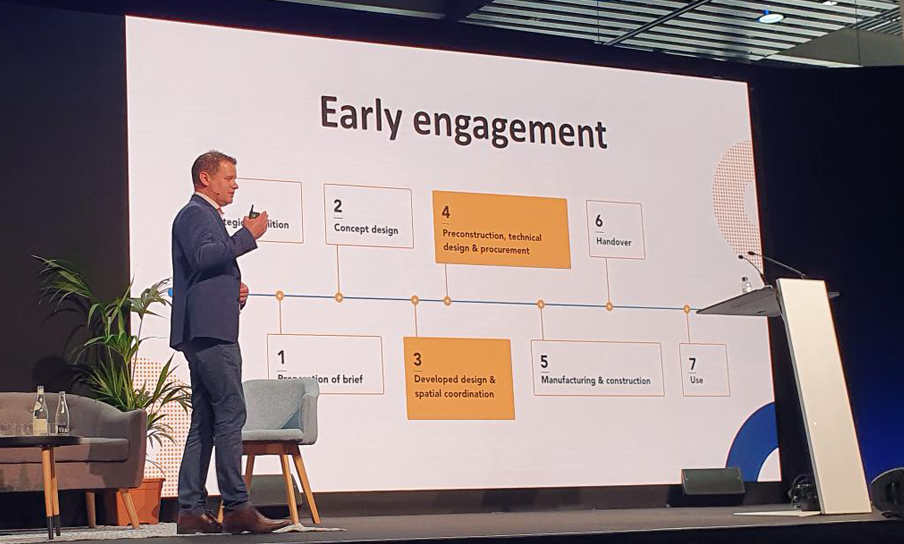 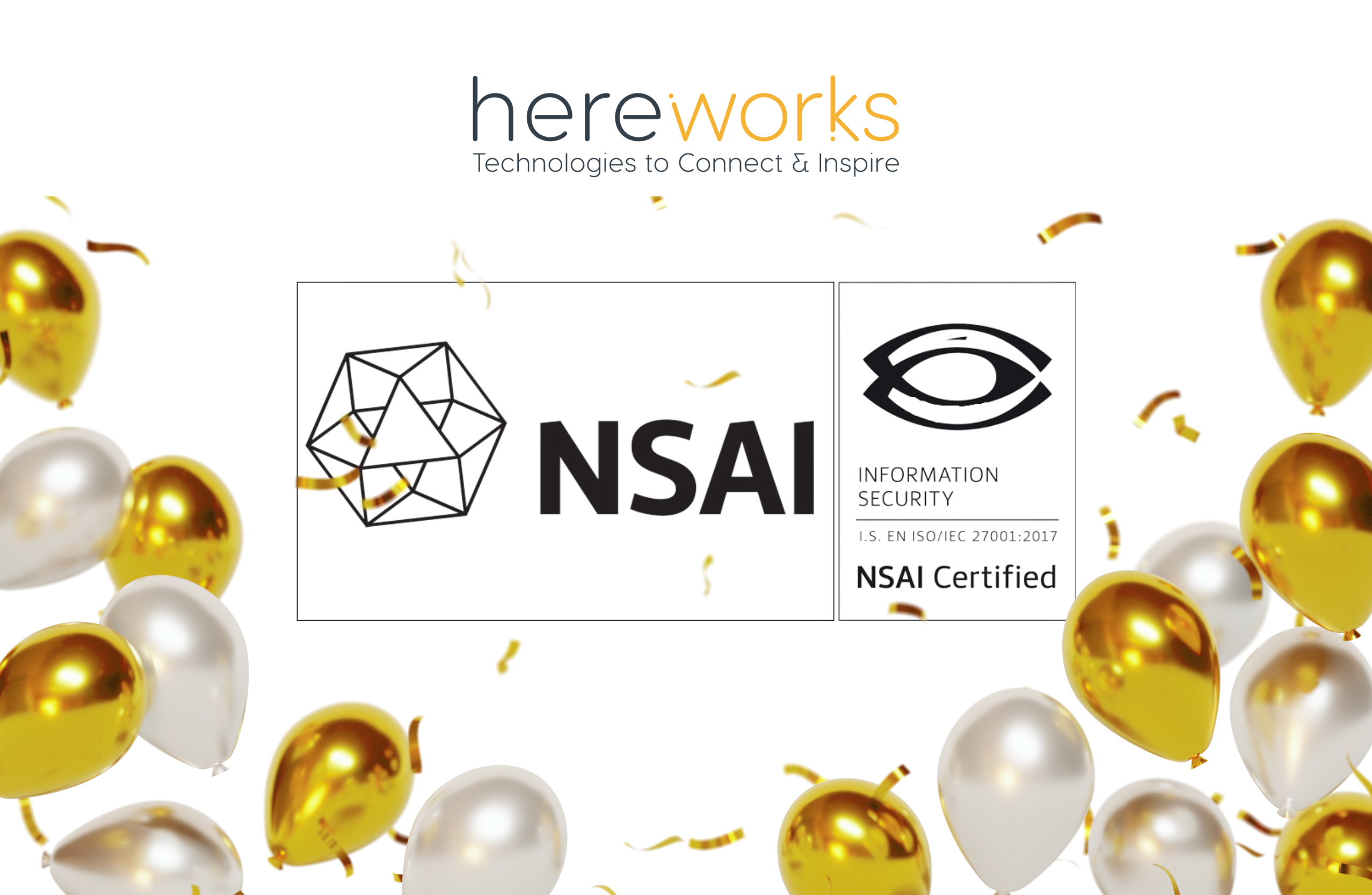